Skip to Main Content
It looks like you're using Internet Explorer 11 or older. This website works best with modern browsers such as the latest versions of Chrome, Firefox, Safari, and Edge. If you continue with this browser, you may see unexpected results.

Find your passage in Ancient Christian commentary (Ref. BS491.2 .A52)

Find the full-text in print or online for some of those ancient Christian writers, and read

Write down "(1) What did writers interpret the text to mean, i. e. what did they write about it?"  Look for differences.

For the "(2)  ... brief biographical sketch{es] (a 4-5 sentence paragraph)" in information from from dictionaries of Christianity

For the "(3) Explain or otherwise describe the methods used by the writers to interpret the text."  mostly express your own analysis.  Perhaps help from, introductions to the book

Similarly to the Ancient Christian writers series, there is a collection of quotations ordered by books of the Bible in the following series.  However, the series is incomplete, and you may not find you book of the Bible, or passage.

The works of these reformation authors are widely available.  Look for an index volume which contain scripture indexes.  The first three of these writers are available at Nicholson library.

And you can find these people in Dictionaries of Christianity (see above in the biographies section of this guide.)

The biographies of the authors is a difficult part of this assignment.  Maybe try

University/Seminary website for the vita/resume of the author, or a biography blurb (probably written by the university marketing department though)

Review of Biblical Literature
Here you might find reviews modern commentaries, and some more authoritative info on the authors.

Here are some commentary series in the Reference Collection

Online Dictrionaries for the Biography portion

Theological Commons (at Princeton Theological Seminary), The
Has a better search interface that most free digital sites, It offers more than 75,000 out-of-copyright titles in religion and theology.  Most of the books were published before 1923.
Early English Books Online (EEBO) subset

Please watch this more advanced video about the ATLA Religion Database,
teaching you how to search its unique index of Scripture passages.

Search for Books and eBooks

It is usually easiest to read eBooks online, a chapter at a time.  If you want to download an entire eBook, it is doable but can be a bit complicated.  Here are instructions. https://libguides.anderson.edu/ebooks/download

Looking for a specific Journal, Magazine, or Newspaper?
Search here to see if we carry it at AU Nicholson Library (in print or electronically).

Has a better search interface that most free digital sites, It offers more than 75,000 out-of-copyright titles in religion and theology.  Most of the books were published before 1923.

Early English Books Online (EEBO) subset
May help to find Early Modern commentaries: full-text searchable collection of 25,300 eBooks from the roughly 125,000 books and pamphlets to be found in the Pollard and Redgrave and Wing short-title catalogues of early printed books, published in English or in England before 1700.

* Need something from another Library, or sent to a remote location?Interlibrary Loan: http://illiad.anderson.edu/ 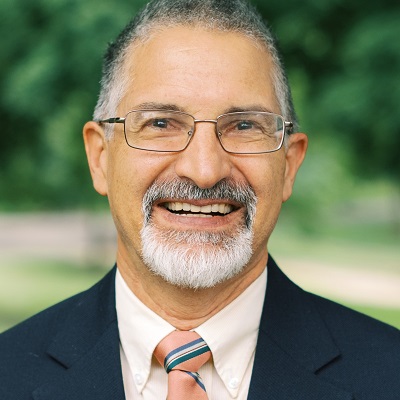